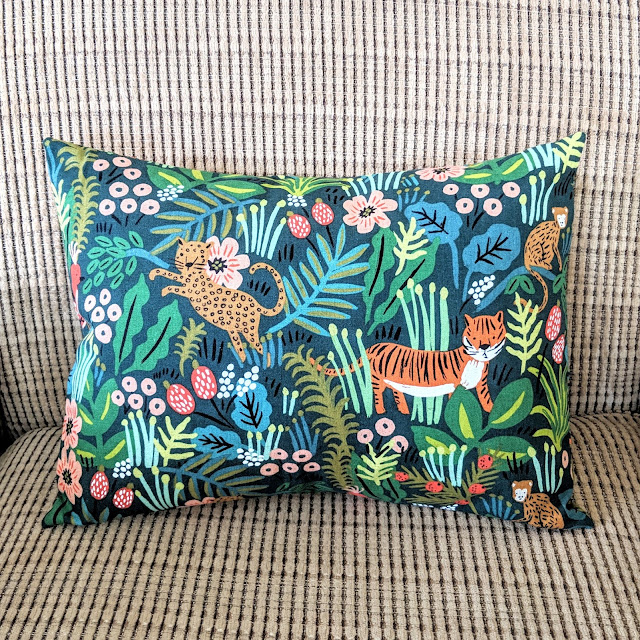 "What if," I said as I pulled a tearful Mouse into my lap, "we made a pillow together? Would you like that?"

She lifted one hand to knuckle away the tears...sniffed...nodded.

"You could pick out the fabric, choose a pillow size, the whole thing. Sound good?"

My 7-year-old had come wandering into the loft while I was sewing one night last week, looking for a special stuffed friend that she hadn't seen in a while. I took a deep breath and broke the news to her that the friend had been in the line of fire during Mouse's bout of flu several months back, and I hadn't been able to save it. A torrent of tears and several long hugs later, I had done my best to salvage the situation with the offer of a mommy-daughter sewing project. To see my girl move through the stages of grief in approximately 3 minutes flat and then start chattering away about her new pillow...it was reason #347 why I'm so thankful that I sew.

So Mouse picked out a pillow form at Joann Fabrics and a Rifle Paper Co. linen print from my stash, and soon we were stitching away at my machine. I fleetingly wondered how many more times she'll be able to sit on my lap while we sew together, as she -- like her sisters -- is growing up so quickly these days. It took all of ten minutes before she was trying to hug her finished pillow and me at the same time. And with a quick, "Thank you, Mommy! Thank you so much!" she was off and running to share her new friend with the rest of the house.

And there you have it, I thought. Sewing saves the day again.
Posted by Heidi Staples at 7:22 PM 15 comments: 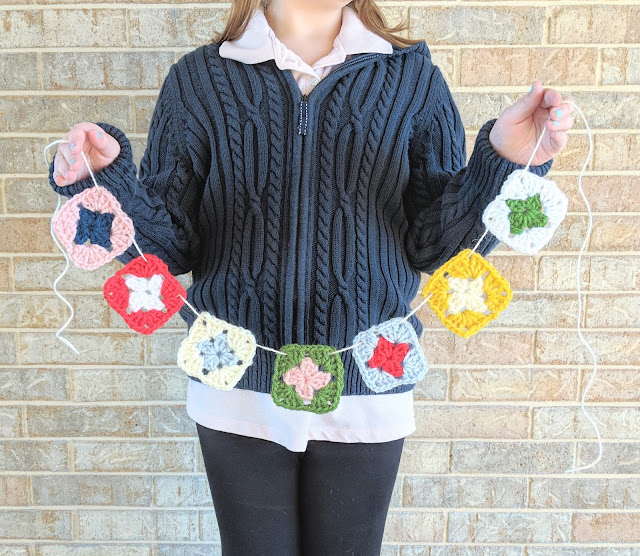 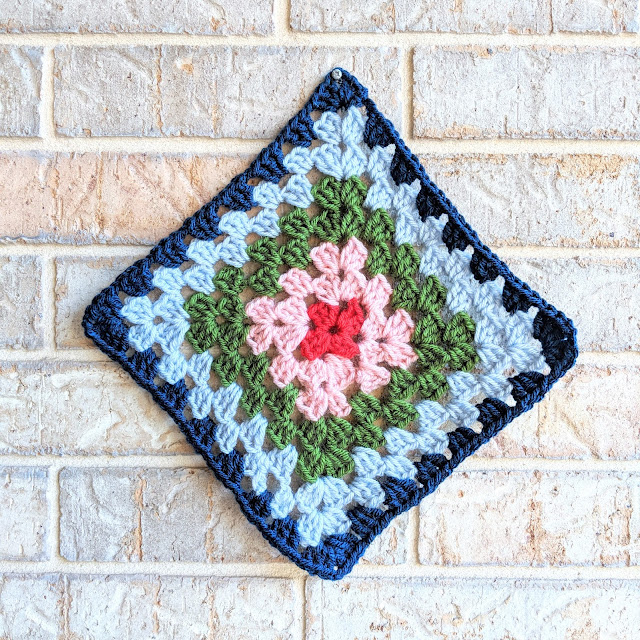 I don't know if I can officially call myself a "quilter and crocheter" yet -- it feels a little early and presumptuous for that -- but I've definitely found myself a new hobby to love. I'll admit, though, that I've felt a bit as if I was cheating on my fabric and sewing machine over the past few days. It may be time to give them some love...
Posted by Heidi Staples at 6:19 PM 6 comments: 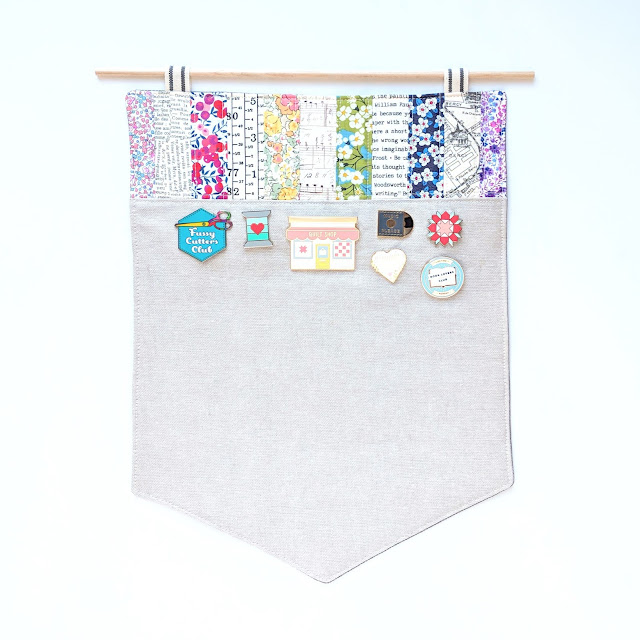 I picked up a few enamel pins at Quilt Market this fall and immediately had the start of a brand new addiction...er...collection. It took me a few months, but last week I finally made a larger version of my Pinnie Pennant tutorial so that I could display my new beauties, with plenty of room for more friends as they come along. 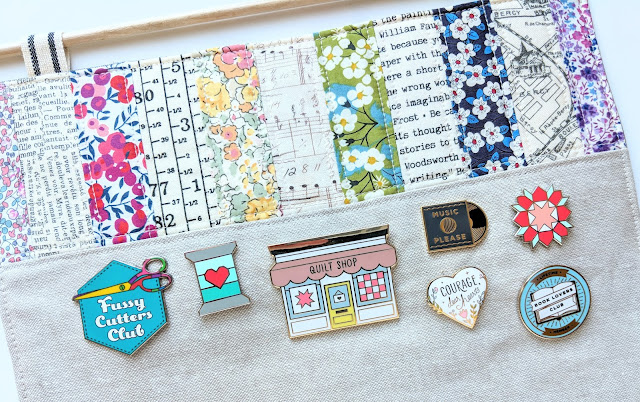 I tripled the size of the original pattern, leaving off the felt landing spot. The colored fabrics are all scraps of Liberty from my small stash, paired with some favorite black and white text prints. Since the larger version needs more stability, I swapped out the hanging string for a pair of twill tape loops and a thin wooden dowel. It's everything I wanted it to be and looks perfectly charming hanging over my cutting table.

I've decided that I might just need my own grown-up reward system involving a new enamel pin every time I accomplish something significant. Now I just have to haggle with my conscience over what constitutes significance. I'm guessing that one pin for each load of laundry folded might be pushing it a bit...
Posted by Heidi Staples at 1:00 PM 8 comments: 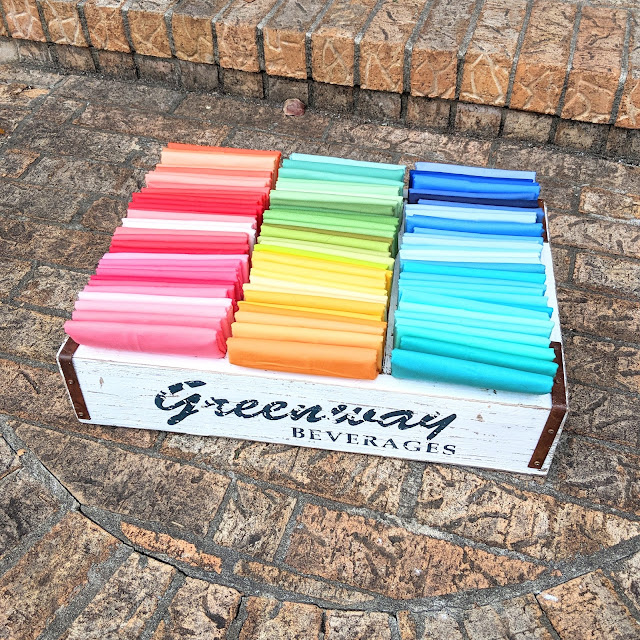 I've learned to follow my own personal shopping rule when I spot something I like in the store: if you really love it, buy it -- even if you don't know how you're going to use it. I know the experts say that's a no-no, but I've found that I almost always find a use for that object sooner or later.

Fortunately, I didn't need to justify my rule when I spotted this vintage style soda crate at Michael's, because I knew exactly what I wanted to put inside it: the gorgeous stack of Confetti Cotton solids that Riley Blake sent me last week. I actually own several authentic soda crates from the last century which I inherited from my grandmother, but I'd be worried about storing fabric in them with all the accumulated grime inside that's hard to remove with cleaning products yet would undoubtedly rub off on my precious fat quarters. So instead I stack those boxes on the shelf above my teacher desk where I can look at the great typography on the outside. This reproduction crate, however, works perfectly because a) there's nothing on the inside that could come off on my fabric and b) the sections inside are exactly the right width for my folded fabric pieces.

It's always important to keep this sort of thing in mind when you're recycling truly old things to hold new ones. I love using containers of all sorts for corralling sewing notions, home office supplies, or any number of little things around the house, and antique items have so much personality. Depending on what you want to put inside them, though, you might want to consider whether vintage or vintage inspired pieces will work better for the situation.

I'll be sharing some of my favorite repurposed organizational containers with you over the next few months so that you can see how I use them in my sewing room and other parts of the house. Once you start looking for ways to work fun objects into your storage solutions, it's hard to stop!
Posted by Heidi Staples at 10:56 AM 6 comments: 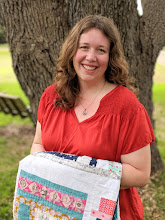